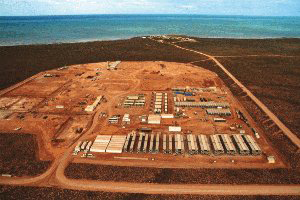 National Ports offers a safe, practical, and cost effective alternative to shore-based ports and supply bases. The Company has been approached by the energy, resource and port sectors to provide integrated infrastructure solutions for developments characterised by remote and difficult infrastructure requirements.

The Company has spent over four years developing its solutions, and has successfully worked through an evaluation process with the Federal Government of Australia to be formally recognised as an Australian Port.

On the 5th December 2012, National Ports was awarded Federal Major Project Facilitation status by the Minister for Infrastructure and Transport, The Hon Anthony Albanese, in relation to the Federal Government’s recognition and support for Field Support Hubs (FiSH®) in Australia, and its potential for international export.

The Company is directed by an experienced Board with relevant ports, shipping, project management, engineering and finance experience.